I had been coming up for air for so long, only to have a wave crash over my head.

yet, Praise God, I never fully sank. Each time up to the surface, I got stronger, not weaker.

Each breath sustained me longer and the sun shined brighter each time my head broke above water.

That which the enemy meant to destroy, The Lord used for my good. He used every hurt, every heartache, every word, and every experience for molding, shaping, and refining me.

Refining me for destiny and purpose. He has a plan for my life, and He told me many years ago through Jeremiah 29:11.

“For I know the plans I have for you, plans to prosper you and not to harm you, Plans to give you a hope and a future.” When I was first given this verse I was preparing to foster children for the first time, and I was preparing their room. So I believed the verse was meant for any children who came into my care. I ordered the verse in a vinyl print from Etsy and planned to hang it in their room. I did foster two beautiful children at that time. They were a brother and sister who were 6 and 4. At the same time, Ayden and Addy were also 6 and 4, meaning I had two 6 year old boys and two 4 year old girls in our home. What a beautiful time that was. I was so filled with joy even through the difficult moments and there were many difficult moments… but the Lord sustained then and He has continually sustained me through every season of darkness or light.

How amazing in hindsight now, the Lord was preparing me way back then for this very season when I would be the mommy of twins.

My first placement of those two precious foster children was very special to me and continues to be a happy memory. They were reunited with their mommy about 9 months later and that was a positive reunion. Hard to let go of children whom you’ve been called to parent for only a season and not a lifetime.

For me, what happened in the year after my first foster children were reunited with their mother was life changing. Life altering.

Without much warning, I was forced to come face to face with some long tucked away pain. Pain I had been fleeing from, hiding from, desperately pretending it didn’t exist. I was polishing my home, working tirelessly at my job, volunteering at church, and pouring myself into my children. All good things, all beautiful endeavors. I wanted so badly for life to be perfect, yet it wasn’t and I knew it.

My marriage was hurting me emotionally. Marriage is a sacred relationship and for many couples its the safest place to run when life gets difficult. It’s a place of protection and comfort…But, what happens when this is the most dangerous place for your heart to turn in a time of need?

The course of my life changed when I allowed myself to see truth. I had to make difficult decisions that affected many more people than just myself. My personality is to please. I am a pleaser. I am a giver. I am a nurturer. And, I struggle with perfectionism. All of these characteristics together make the choice to leave a relationship feel like near death. I married my husband with the resolve of forever. I didn’t want to be divorced. I didn’t want to be someone who gave up when it got difficult. I didn’t want what was happening, yet I didn’t know how to stop it once the truth of some difficult things came into the light. I thought I might die in the following months and years that followed after leaving my marriage. There were times when the emotional pain was so heavy, it was difficult to breathe, eat, function. That is grief and I am guessing we have all felt it. I was struggling through every stage of grief: denial, disbelief, fear, anger, bargaining, acceptance, and then I would cycle back through all the stages again  and again. I didn’t realize grief could come back even after periods of acceptance and healing. It wasnt just one time through each stage. It was more like a crashimg sea….wave after wave, crash, breathe, sunshine, bam wave comes crashing again. But each time, I came up for air, the sunshine lasted a little longer before the next wave.

In this lifetime, we will all struggle through grief. It can feel debilitating. Like the sun may never shine again. Yet, it was in the darkest moments when the Lord whispered again a special verse: “For I know the plans I have for you, plans to prosper you and not to harm you, Plans to give you a hope and a future.” This time the verse was even more personal. It was for me. The Lord was telling me that He still had plans for me. That there was not only still a glorious Hope for me despite my broken situation, but He had a future in store! There was still much work to be done with this life and wallowing in my sadness wasn’t going to get me anywhere. He was calling me to stand back up, so that He could brush off my knees and remind who I was despite my life choices. That I served a God bigger than divorce, a God bigger than my fears, a God bigger than all the lies that the enemy had whispered in my ear. During the darkest moments of my divorce, the lies were dark and scary. The enemy knows our fears and sometimes magnifies them in an assault against our mind. The torment was awful at times. I would wake in a panic and just look at my sweet childrens’ faces in their sleep and fear for them would sweep over me. Guilt, guilt, guilt, and then fear, then blame. But each time a crashing wave came, I had a CHOICE to make. I could sit in defeat and wallow in my pain and fear, and allow the awful thoughts to continue OR I could look to my Healer to bring me peace in spite of the circumstances around me. And I made both choices. Some days, I succumbed to the pain. I allowed myself to think those awful thoughts, allowed myself to believe the lies that my life would never have sunshine again, believed the lies that there was no hope ahead. The darkness could last days, even weeks when I allowed it to. Then, other times I made a radical choice. I would fight back the lies, the pain, and the darkness with the light of Jesus. I would pray and cry out to Him. When the darkness hit and the blanket of pain washed over me, I would pray and praise God. In those moments of crying out, God would answer me time and time again……”For I know the plans I have for you. Plans to prosper you, and not to harm you. Plans to give you hope and a future.” Jeremiah 29:11. 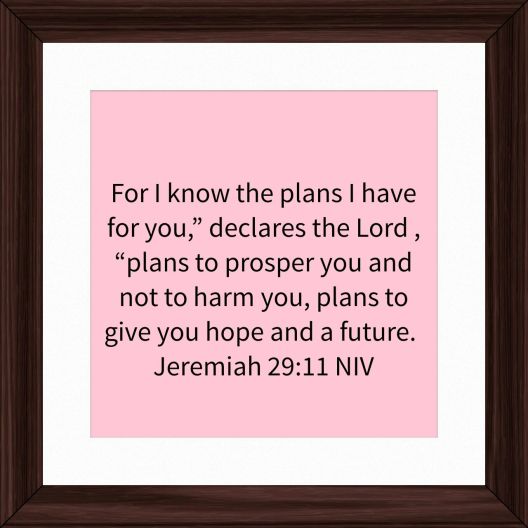 The verse was for ME. I began to see it everywhere. And during a particularly difficult time, one of my students gave me a special gift. I had never shared my faith with her, and I had only had her in class for a short time. But for Christmas, she gave me a bracelet that said..  “For I know the Plans” Jer 29:11. God was speaking to me in so many ways. He was sending me reminders that in the dark, He is still there. He is always there…

Then, slowly through lots of prayer and many beautiful people speaking truth into me, the sun would shine for longer periods and the darkness became less and less. God’s light was sustaining me as I leaned into Him and just trusted that somehow beauty would arise from my ashes. And beauty arrived in a HUGE way!

God helped me to reclaim His promises to me. You see God’s promises are available to each and Every one of us, but we have to claim our inheritance. God was sending me messages that He still had a plan for my life, but I had to believe it and walk in the promises. I had to begin to speak it. God has a plan for me. God is good. I am going to be okay because I have  a purpose and a destiny. I will walk in the plans of the Lord.

God placed a forgotten dream back on my heart and He called me back into my destiny. He reminded me who I was in Christ: a daughter of the King, royalty, a woman forgiven and blessed.

My forgotten dream was foster care.. I never thought I would be able to be a foster mommy again after my marriage ended. When a marriage ends, you don’t just grieve for the loss of your spouse. That alone is gut wrenching, but you also grieve every broken dream. The way things were supposed to look. The way things were supposed to happen. Many dreams wither  and die in divorce.

For me the dream of a big, happy, growing family shattered. I could see it in a zillion pieces. Since I was itty bitty, I dreamed of motherhood. I dreamed of being surrounded by children, many children. I knew in my heart, I was designed and purposed to be a mother to a large family.  Even as a young child, I dreamed of adoption. When that dream fell, it hurt. It was a painful loss, and I grieved the loss of that dream. I had almost come to accept the lie that it might not be part of God’s plans for me…

But God still had plans for Me! A hope and a future. He reminded me of my dream to foster children in worship one Sunday in church. I actually laughed, and thought me? Foster? Without a husband?

God was clear. In my spirit I could feel the prompting and the message was clear: Your dreams don’t have to die. You still have a purpose to fulfill married or not. Wow, what a message. I was filled with renewed hope.

So, if you are facing grief of any kind, know you will feel the sunshine again. I know the deepest of valleys, but take rest in the truth that the way you feel today is NOT how you will always feel. After the crashing wave, the water will recede, and you will take a breath. When you take in a breath, let your next words be, “God is good.” With your praise, even that simple statement of declaring God is good, light shines. Sunshine comes and you will begin to feel relief. The grief may come back. Healing is a process, and life is full of seasons. Some are winter, others are spring. Just know that there is sunshine and light in your future. God’s promise to me in Jeremiah is also His promise to you. Allow yourself to feel hope again. Allow yourself to believe again in the goodness of the Lord. Trust that He means what He says when He tells you He has good plans for you!! 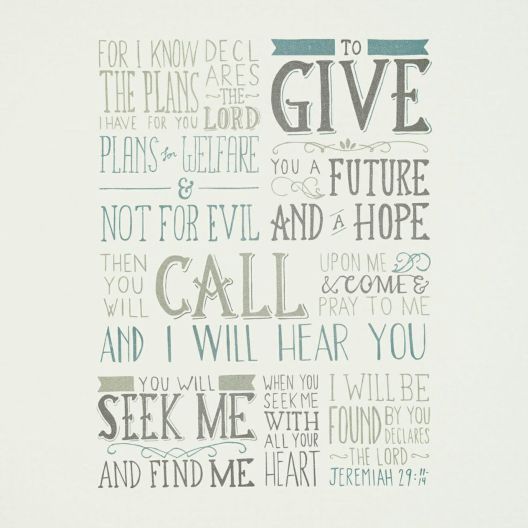 Back to Baseball!
And they overcame him by the blood of the Lamb and by the word of their testimony, and they did not love their lives to the death.
Braveblessedandbeautiful.com
God is up to something! We are preparing for something! Not sure what, but we are opening our hearts and preparing to move at His Word.
Good Morning Gorgeous,